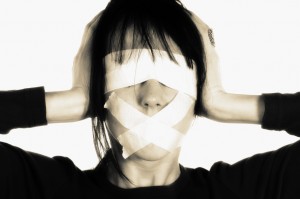 There is an interesting phenomena going on in some of the major business schools in Europe. In some – you are not allowed to mention environmental factors as a major catalyst for new business models/thinking. It is “understood” that as a lecturer, you inspire the students with fresh thinking but only so far. Go further, and people just roll their eyes and pigeon-hole you as a treehugger.

“The era of ‘abundance’ is over. The future will see our natural resources, from oil to food, having some level of restriction placed on them.” – Andy Bond, CEO, Asda (May 2009)

“We must rapidly wean ourselves off our dependence on coal and fossil fuels.” – Richard Branson, announcing investment of all profits from Virgin transport business, estimated at $3 billion over 10 years, to be invested in fighting global warming. (21 September 2006)

“Sustainability is here to stay or we may not be.” – Niall Fitzgerald, UK CEO, Unilever

Now, none of these guys are particularly treehuggy. And most MBAs would give their eyeteeth to fill the shoes of these guys – and yet – in many MBA programs – coverage of sustainability issues is absent, apologetic, sidelined, or sketchy.

Let’s stop tiptoeing around the obvious. Business leaders can handle the truth. Though there is uncertainty on what the impact will be, climate change is a global issue that will impact business. Period.

“The United States depends on a smooth-functioning international system ensuring the flow of trade and market access to critical raw materials such as oil and gas, and security for its allies and partners. Climate change and climate change policies could affect all of these—domestic stability in a number of key states, the opening of new sea lanes and access to raw materials, and the global economy more broadly—with significant geopolitical consequences.”

“In addition, anticipated impacts to the Homeland—including possible increases in the severity of storms in the Gulf, increased demand for energy resources, disruptions in US and Arctic infrastructure, and increases in immigration from resource-scarce regions of the world—are expected to be costly. Government, business, and public efforts to develop mitigation and adaptation strategies to deal with climate change — from policies to reduce greenhouse gasses to plans to reduce exposure to climate change or capitalize on potential impacts—may affect US national security interests even more than the physical impacts of climate change itself.”

“Climate change is a threat multiplier in  the world’s most unstable regions.”

“From a national security perspective, climate change has the potential to affect lives (for example, through food and water shortages, increased health problems including the spread of disease, and increased potential for conflict), property (for example through ground subsidence, flooding, coastal erosion, and extreme weather events), and other security interests.”

These leaders are talking about fundamental shifts in ‘givens’ that require action, a joined up way of behaving, new ways of thinking, and new approaches. And our top business schools should be on the leading edge.

I first got interested in business schools ignoring the big elephant in the classroom two years ago when I was delivering a course on dominant business metaphors and implementing change. I wanted to say one line – one sentence inviting students to ponder how the nature of sustainability planning would be different if organisations, in addition to approaching business as a ‘competitive sport’, also approached it as a living organism. The professor who brought me in said ‘no’ – that the MBAs would feel they were being hijacked away from the course they had paid for. There was a specific elective for sustainability – and outside of that – best not to mention those issues.

Over the past few months, I’ve been speaking with several top MBA programs in Europe. Each is saying that leaders need, more than at any other time in history, to be able to lead in the presence of ambiguity, and to be able to perform collaboratively with high levels of uncertainty. Applied Improvisation skills are rather good for that, which is why I’m there in the first place.

What I find interesting in talking with these top MBA programs is that many are not contextualising the WHY of this new emphasis. Not addressing why managers/leaders would need to be so good at ambiguity.

“Growth for the sake of growth is the ideology of the cancer cell.” – Edward Abbey

I sat up when I saw this quote. It was refreshing to see in a lecture to potential MBAs at a leading business school in the Netherlands a few weeks ago. During my time at the school, two of the guest lecturers talked about sustainability – kind of…

The first lecturer used the Abbey quote (Abbey is a renown outspoken sustainability activist) and talked about the need to create ‘sustainable businesses’ quickly dismissed the notion of ‘sustainable’ as being linked to any ‘environmental’ issues… – it was about a business which can keep going, despite ‘adversity’. Given what scientists are saying about increasing disruptions over climate change, peak oil, peak minerals, peak water, how could adversity due to these factors not be mentioned?

The other lecturer had just hosted a biomimicry event two weeks before and deeply cared about the environment and sustainability. He works with top leaders in the best companies around the world on developing leadership skills. In his session, he talked about the profound need for leaders to be comfortable leading in the presence of ambiguity, but didn’t say why. In the break he confided that there are some groups with which you cannot talk about the environment directly. He had been gently testing the water with that day’s group and found he could mention it a bit…but only a bit. Several people were there for the express purpose of earning more money with an emphasis on value extraction, not particularly wealth creation/exchange.

Contextualising is a vital part of learning. The military does this routinely in their simulations – creating real world scenarios in the classroom. If we are facing a series of challenges (climate change, scarcity of water, oil, minerals, etc.) we must mention that as part of what leaders will face.

One initiative that gives me hope is the UN Principles for Responsible Management Education (PRME) initiative. The head of a leading MBA program in the UK turned me on to it. Finally – a global effort is being made to transform business schools and the Assocation of MBAs is part of it. In theory – that should mean that the taboo-ness of sustainability issues being explicitly mentioned, or mentioned only in specific electives – disappears.

As I continue to work with MBA programs, I will keep you posted on what I see going forward in this arena. And if you know of any best practice in this area – please post it here. Let me know!

“Unless we change direction, we are likely to end up where we are going.” – Chinese proverb