WikiLeaks has released US embassy cables revealing that Saudi Arabia’s oil reserves have been exaggerated by as much as 40%, or 300 billion barrels. Saudi Arabia is currently the world’s largest oil exporter.

Though this may not be news to those who understand Peak Oil theory, it helps give a rare view in to secretive government views on this critical subject.

For readers new to Peak Oil – it is the point when the maximum rate of global petroleum extraction has been reached and is about to enter terminal decline. As demand exceeds supply, prices rise very quickly, usually resulting in economic recession.

Over the past 10 years, estimates on when peak oil will occur have rapidly converged on “sooner rather than later”.

Peak Oil has enormous implications for the global economy, especially transportation and food production sectors. In the US, transportation consumes about 2/3 of the oil we use, with the food sector consuming about 16% of oil for fetilizer, pesticides, productions, etc. See recommended reading below for more information. A 10 percent increase in the price of oil that lasted one year could result in the loss of 270,000 American jobs, according to a simulation by IHS Insight.

Many economists observe that the likely trigger for the 2008 recession/depression was the cost oil hitting extreme highs of over $140 per barrel. As we can see in the charts at right, the economic effects were stunning. Commuters stopped buying gas guzzlers (yet again). Mass transport and commuter rail increased by over 35% in many metropolitan areas. The economy collapsed. Fear set in. Searches via Google on the word “recession” went from zip to off-the-charts in a matter of weeks. Personal savings rates that were trending down, turned on a dime.

When do you think global oil production will peak? Take the Poll at the bottom of this article.

The secret cable is printed below, verbatim. Though it is written in the dry dispassionate tone of a bureaucrat, it is compelling reading.

1. (C) In a May 6 meeting with Assistant Minister of Petroleum (MinPet) Prince Abdulaziz bin Salman bin Abdulaziz Al-Saud, he outlined the Ministry’s latest thinking on record-high crude prices, and OPEC’s general refusal to budge on possible production increases. Contrary a few months ago, Prince Abdulaziz promised no relief on production or pricing. He told the Energy Attache that the Ministry was “extremely worried about demand destruction” in the U.S. as a result of the latest financial crisis indicators. However, he also fretted about squeezed refining margins in the U.S. and globally, noting the grave impact on U.S. refining utilization, currently running a scant 84 percent. He asked if the USG could assist the current political situation in Nigeria, where the production has collapsed to about a million barrels per day (mbpd) during the last week as a result of militant attacks and strikes. On the anti-OPEC lawsuits, he explained Saudi Arabia continued to gather amicus briefs for the now-consolidated cases in Texas. He generally dismissed the further threat of NOPEC legislation, saying if Congress could have passed the legislation, they would have done so already.

2. (C) Queried about Monday’s record surge in crude prices to above $120/barrel, Prince Abdulaziz noted, “We are extremely worried about demand destruction, like in the early 1980s. Aramco is trying to sell more, but frankly there are no buyers. We are discounting crudes, now we’re at a $10 differential between West Texas Intermediate (WTI) and Dubai Light, sometimes as much as a $12-$13 differential. Our buyers still bought less in April than they did in March.” Prince Abdulaziz attributed the lack of willing buyers to the current low refining margins. He indicated that that current high crude prices were squeezing refining margins, as refiners were unable to pass on the full brunt of crude prices to the end consumer. “There are no refining margins, refining margins have been shocked. It’s purely technical, not policy-induced. There are commercial impediments.” The consequence of poor refining margins was a declining refining utilization rate. Prince Abdulaziz fretted, “the U.S. refining utilization is 84 percent now, it’s usually above 90 percent. The quickest relief would be if crude prices would come down from these highs, if some of these political crises would resolve.” He queried if the USG could do anything to assist current political situation in Nigeria.

“Grey Area of Demand Destruction, We Must Hold Our Guard”

3. (C) Prince Abdulaziz dismissed speculation that King Abdullah’s press statements last week on Saudi Arabia planning to cap production capacity at 12.5 million barrels per day and leave oil in the ground for future generations represented a new policy. He stated, “It’s a statement of fact, we need to be credible. We’re pumping more than 9 million bpd, and right now, there is a grey area of demand destruction. We must hold our guard, and wait and see what happens with potential demand. Vice President Cheney was very complimentary about our maintaining spare capacity. We are honest with our commitments, we’ve been credible with our program. The other producing countries should do it the way we do. If we announce new capacity, we budget for it, we allocate for it, we acquire rigs, we have timelines. We don’t have pipedreams, if we make an announcement, we are certain to supply it.

4. (C) On the issue of pending lawsuits against Saudi Aramco and the national oil companies of other OPEC member and oil producing nations, Prince Abdulaziz indicated:

–the lawsuits had been successfully consolidated into one court in Texas;

–Saudi Arabia had worked with most other OPEC nations to file amicus briefs with the court.

–To Iran’s offer to file an amicus brief, Saudi Arabia had said, “thanks, but no thanks,” recognizing it probably would not be helpful in a U.S. court;

–The Mexicans and Russians would also file amicus briefs.

–The Norwegians also now have a case filed against them in Florida, so are reluctant to file an amicus brief.

Prince Abdulaziz believes the Departments of State and Justice seem to be coming around to filing a Statement of Interest (SOI) on behalf of the Saudi government in the lawsuits, but noted the White House was still concerned about the political optics of such a move. He felt such concerns were mis-placed now, particularly with respect to possibly fueling NOPEC legislation.

5. (C) Prince Abdulaziz indicated that if NOPEC had the strength to pass it would have done so already, but it hasn’t, in large part he felt due to the Administration’s clear opposition. He argued the lawsuits and NOPEC had much in common: “The Adminstration needs to be consistent in its policy. The effects of the lawsuits are very similar to that of NOPEC, but the plaintiffs are individual companies, rather than the Attorney General.” Prince Abdulaziz added, “Frankly our Embassy feels that once people are aware of the ramifications of such legislation, they’ll be reluctant to abuse it. The Minister has been very candid to explain the ramifications, which would be far more serious for the U.S. economy and energy markets than the Saudi markets.”

6. (C) Prince Abdulaziz seemed more comfortable with the state of play in the anti-OPEC lawsuits, his considerable earlier anxiety much diminished. He appears to have largely dis-missed NOPEC legislation as a credible threat for now. We are concerned that the Saudi energy leadership does not seem sufficiently well-advised on how the current high oil price environment is fueling U.S. election year “resource nationalism,” and how this might impact our bilateral relationship in future years. In this vein, King Abdullah’s recent comments that Saudi Arabia would cap its production capacity at 12.5 million bpd and leave crude in the ground for its children — while representing no new initiative or substance — seemed ill-timed at a moment when the market is looking for calming words from the world’s energy market leader. GFOELLER 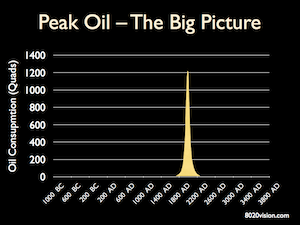 0 thoughts on “WikiLeaks on Peak Oil”